To the Editor’s Desk:

May this missive find you well. I apologize for not addressing you by name; I have been away from the civilized areas of Tamriel for many years, and now find myself lost at every turn, fearing that my knowledge of the Society is vastly out of date. I trust that our Society is still there to receive this! I suppose I will find out for myself if I venture nearer to dear Cyrod.

Oh, and yes, I am still quite alive. I hope my sudden disappearance did not cause undue alarm, or at the very least, that you have not yet declared me officially dead and auctioned off my effects! In any case, I have enclosed a draft of the research that has so abruptly taken me away from you.

The indigenous people of southwestern Skyrim and eastern Heiroc, known generally as “the Reachmen” and today, politically, as “the Forsworn”, are well known as a persistent thorn in the political history of Tamriel’s northern frontiers. However, they receive relatively little anthropological attention, and are generally regarded as savages and hinterland raiders, existing on the fringes of society where the map fades from bold, clear, lines, into vaguely-surveyed wilderness. One could even say that they are the old orsimer of humanity – transformed not in flesh but in spirit, unable to form a nation or culture capable of recognition on the Tamrielic stage and cursed to forever be the human-faced horror lurking in the dim corners of the world.

This is, of course, all true. The Society has records dating back into the Interregnum describing the habits of the Reachers, and those same records assume the reader to have prior cultural knowledge of the Reachers’ status as the Breto-Nordic bogey. Whereëver Reachers distinguish themselves from the greater political culture in the histories of Skyrim, Heiroc, or Cyrodiil, we observe the same themes recur: the Reachers are uniquely, and consistently, barbaric and debased. Even before I undertook my recent journey, I have felt strongly assured that the continuity of information about the Reachers, despite no traceäble connection between the Tamrielic sources, indicates the utter absence of a cultural myth in Tamriel overriding the true nature of the sustained culture of Reach peoples.

The Reachers as a group emerged in the aftermath of the fall of the first Nordic empire, early into the First Era. The Altmeri invasion of the Reach – the lower lands on either side of the Druadach mountains, bordered by the Wrothgar range in Heiroc and the river Karth in Skyrim – destroyed the Nordic culture there, and as the Altmer retreated, the remaining human population 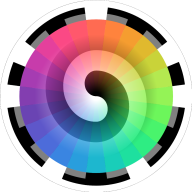 I first heard of the Elder Scrolls in late 2011, when my roommate bought Skyrim. I didn’t get into the more esoteric lore of the series until summer 2012, when I stumbled across /r/teslore and was immediately hooked.

Due to random circumstance, I wound up in a small reddit roleplaying guild, and wanted to make a character that would be at least somewhat distinct from the flocks of Breton and Dunmer magi. Thus it was I made an Orcish blacksmith, named Krognaz gro-Makoza, and started sinking into the study of Orcs.

It didn’t take long for me to get dragged into the #memospore group on IRC and Discord, and get really deep into the lore. Soon enough some of my essays on /r/teslore became very well received.

reddit’s formatting is somewhat limiting, and so I’ve reproduced my collected TES essays here as I want them to be seen.

My section of the /r/teslore Compendium is here.